by Samantha Roberts
3 years ago3 years ago
95 shares

While many “men of the cloth” throughout history have chosen to take a vow of poverty, that certainly isn’t the case for all of them, especially today. In fact, some pastors become so popular and famous that they earn massive salaries and have become extremely wealthy. While most pastors in the United States earn an annual salary of $45,000 or less, throughout America and the world, there are some super-mega rich pastors. Here they are listed starting with the “least wealthy”:

This pastor from Singapore earns $550,000 per hear. Admittedly, Singapore is an expensive place to live, but that might be stretching things just a bit. As senior pastor of The New Creation Church (with an estimated income of more than $50 million per year), Joseph Prince is 54 years old and has two children with his wife, Wendy Prince, to whom he has been married for over 20 years. Prince’s church has a television program called Designed to Reign, which is broadcast in more than 150 countries throughout the world. Prince is head of the financial and business arm of the church, a US-based non-profit (Joseph Prince Ministries, Inc.). Prince has also written many books from which he might have gained some of his wealth. 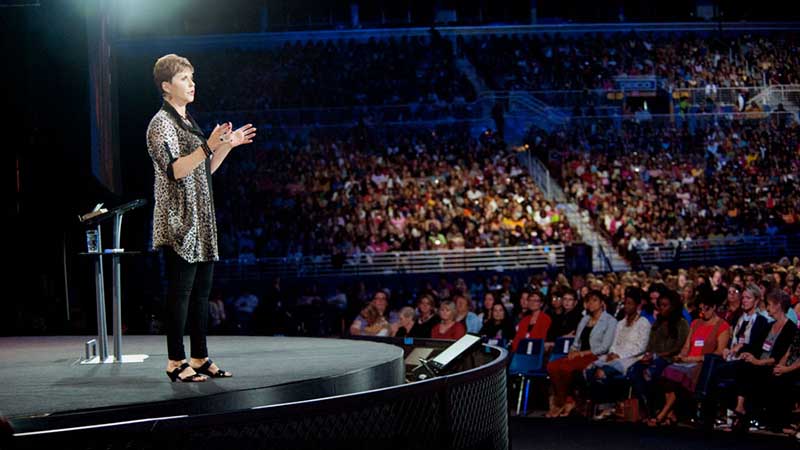 Charismatic Christian author and minister, Joyce Meyer has been well-known for her television speaking programs for several decades. Meyer has been ranked as number 17 on the list of “25 Most Influential Evangelicals in America” put out by TIME magazine. She and her husband, Dave, have four grown children. Not only personally wealthy, Meyer also has access to her husband’s assets which were apparently all paid for by ministry funds. These include several homes of up to $2 million each, a private jet, and expensive vehicles. Her ministry headquarters is worth around $20 million and is rumored to contain a $23,000 marble-topped antique toilet. Part of the prosperity movement, Meyer has said she doesn’t need to apologize for being “blessed”, but an investigation in 2003 requested that the IRS probe the situation.
Sponsored Links