Since becoming President, Trump has begun selling quite a few of his assets, including some of his cars. Earlier this year, we also saw his daughter, Ivanka, list her Park Avenue apartment.

It looks like President Trump has added another item to the market, and this time, he is looking to get rid of his luxurious St. Martin estate.

The price tag? Well, the official listing states the price will only be made available upon request, but another listing aggregator pins the asking price right at $28 million.

Records show that the home was listed for just under $20 million when Trump purchased the property in 2013.

This luxurious Caribbean estate, called Le Château des Palmiers, is a walled estate that spans across nearly five acres. The five acres include both the main house and a guest house. In total, the property has a bedroom count of 11.

Trump reportedly owns the property through two shell companies, Excel Venture I LLC and Excel Venture Corp II, according to the disclosure filings obtained by the Wall Street Journal.

According to Business Insider, Trump typically uses the Caribbean estate as a rental property. And, he typically gets between $100,000 and $1 million a year from it, according to the disclosure.

The listing is at St. Martin Sotheby’s International Realty and the listing agent is Lesley Reed.

Although the President did not develop the Caribbean getaway himself, he did go through and add his personal touches to the property. 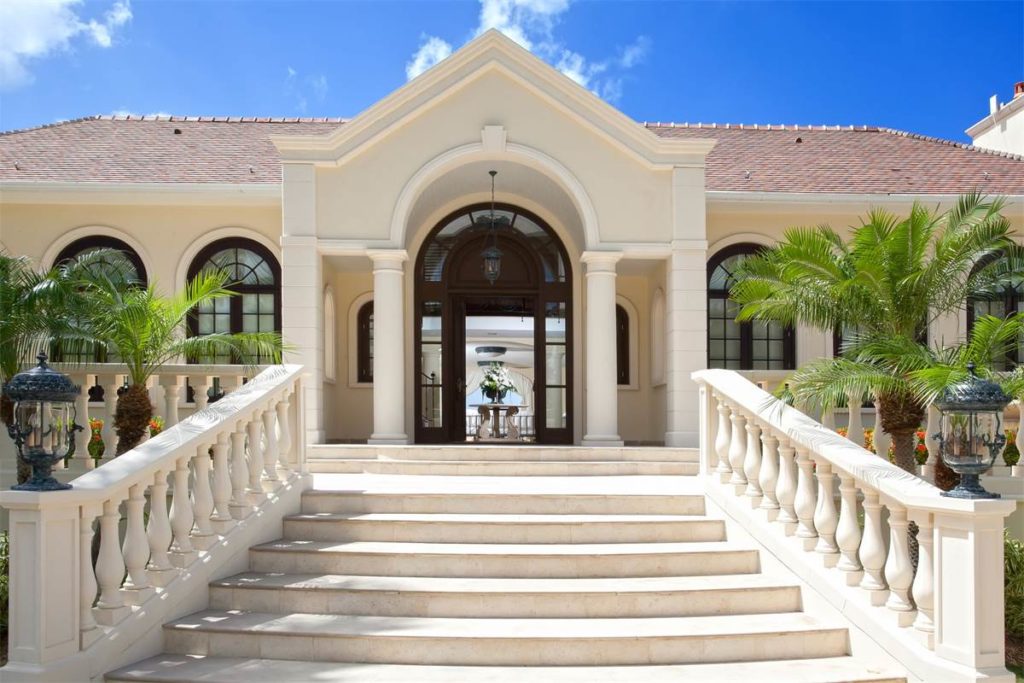 The abundance of windows provides radiant light throughout the main house. 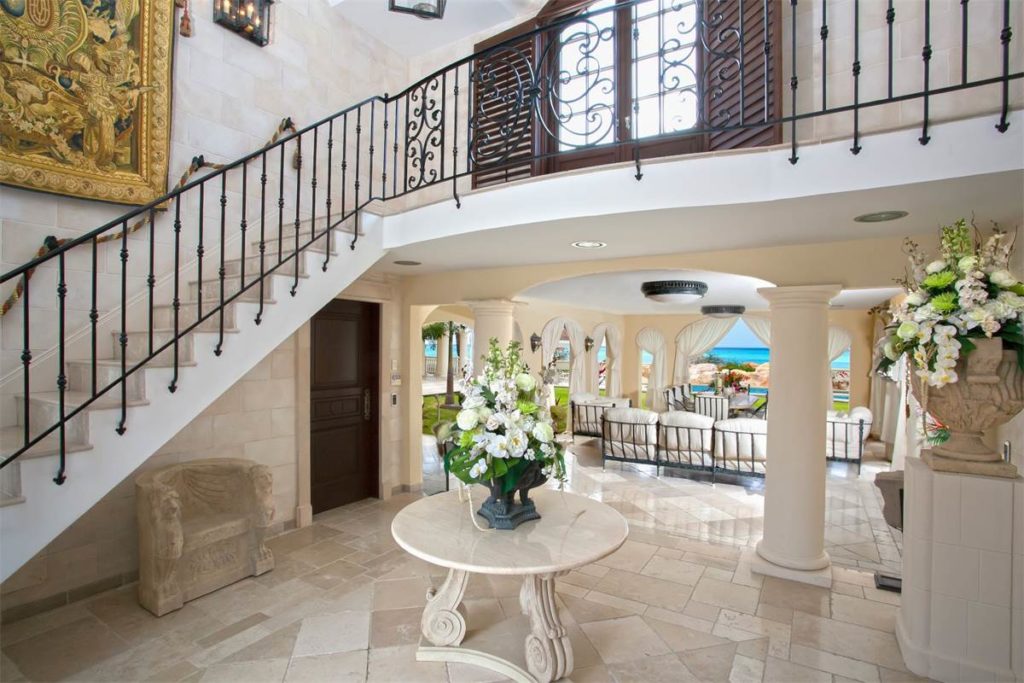 The entrance to the main home bears Trump’s family crest. 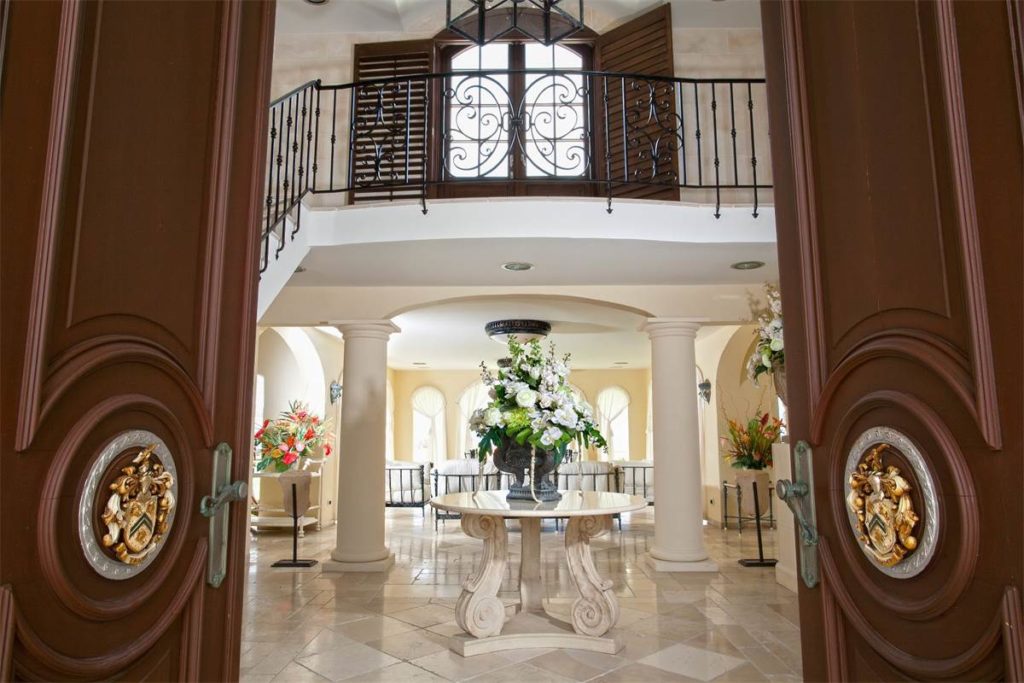 The Caribbean estate is not lacking in the sparkle department. There is gold leaf and a lot of it! 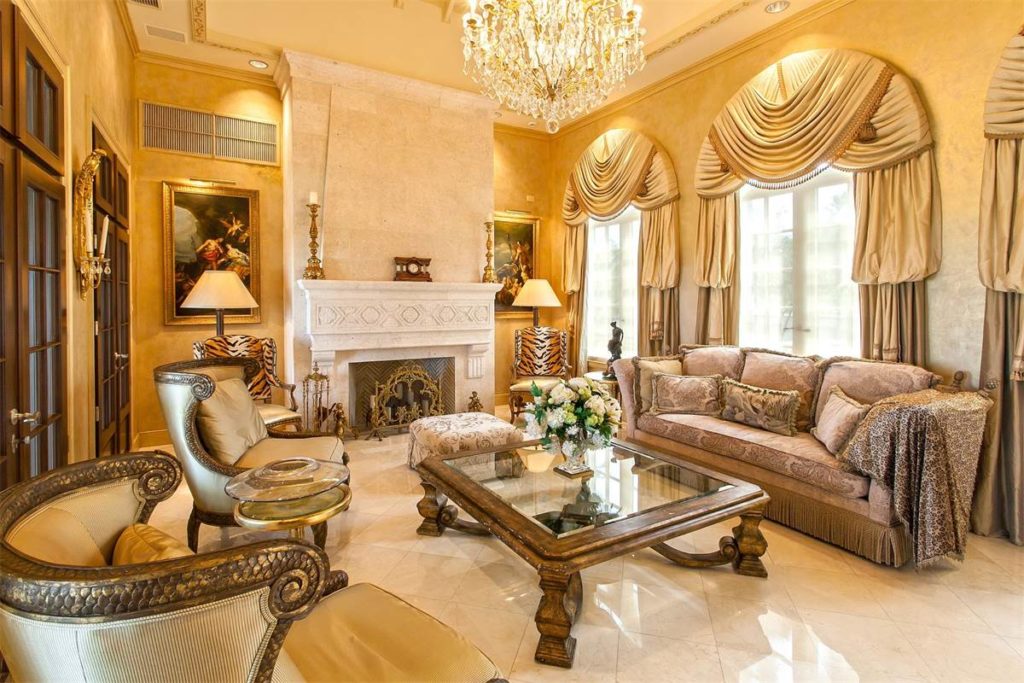 The glitz and glamour continues throughout. Even the kitchen features a chandelier! 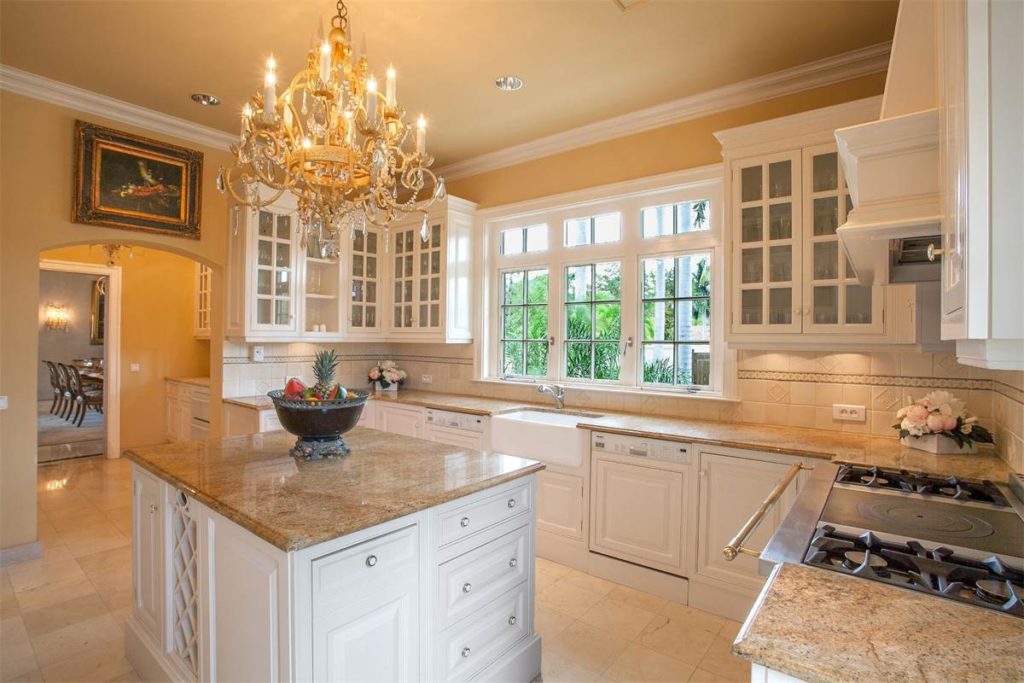 Despite the gold leaf and luxurious chandeliers, the home does feature a few more casual hang-out spots, like the media room. 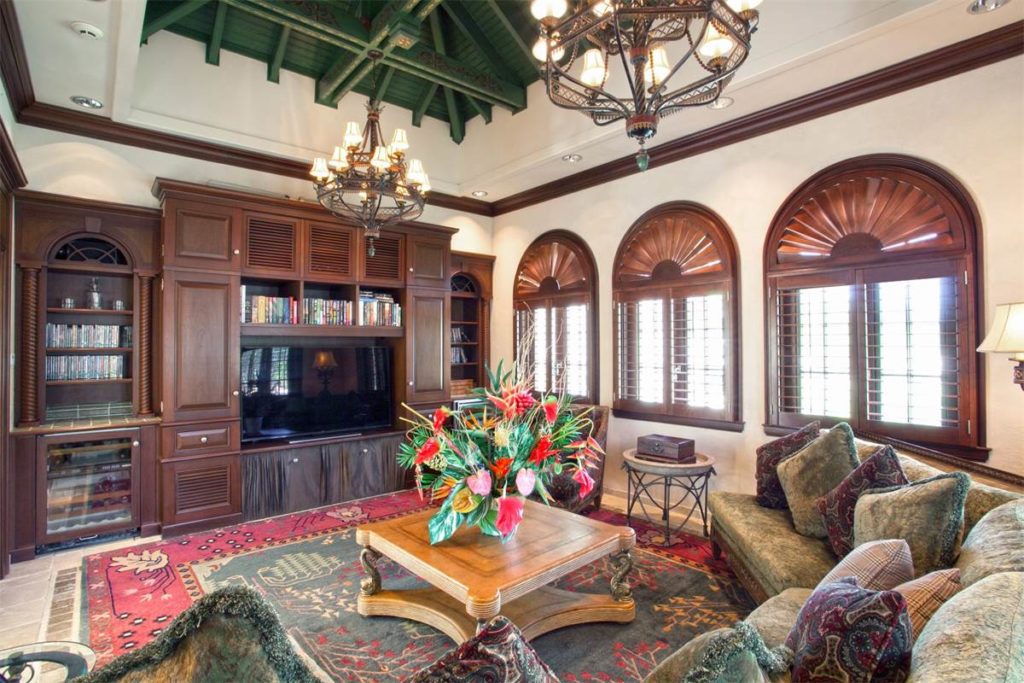 …and the home gym, even though it is still more luxurious that most home gyms. 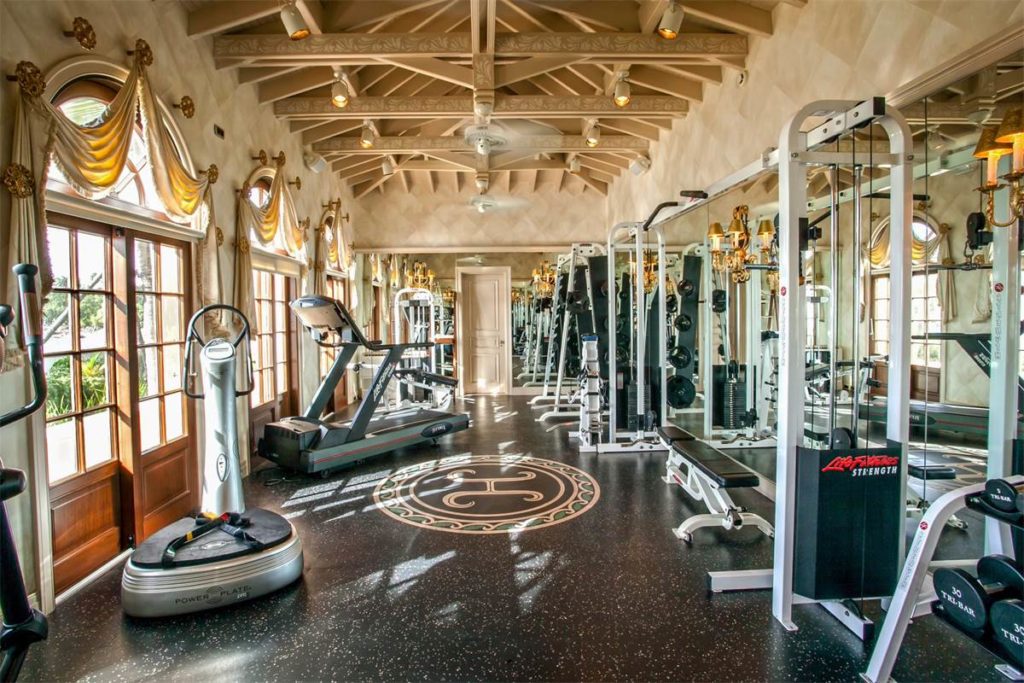 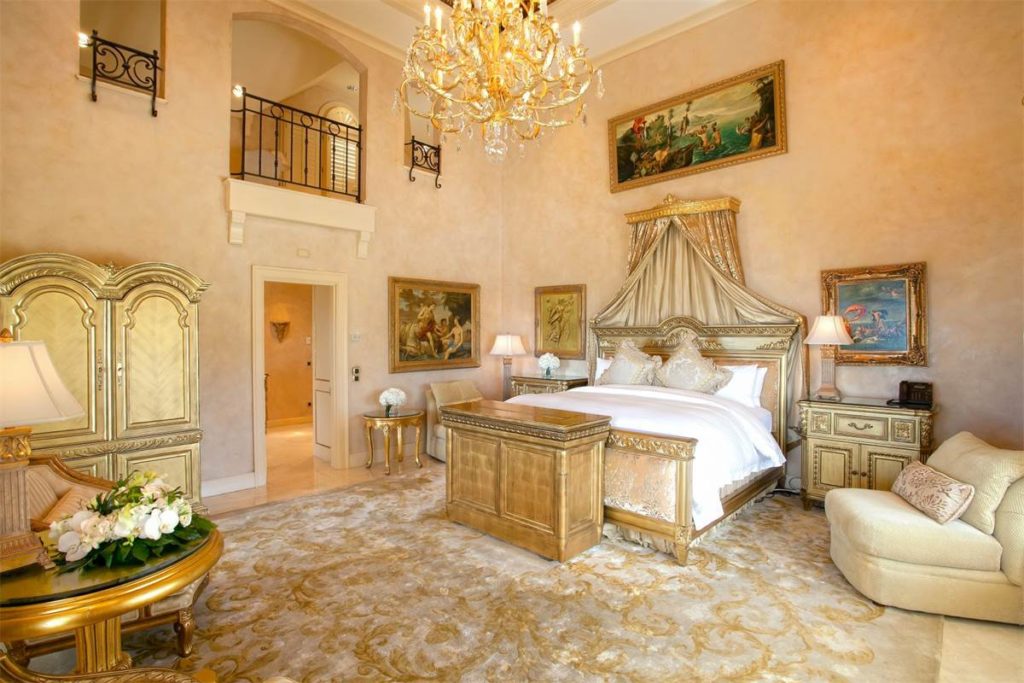 …and all five of them are of an exceptional size. 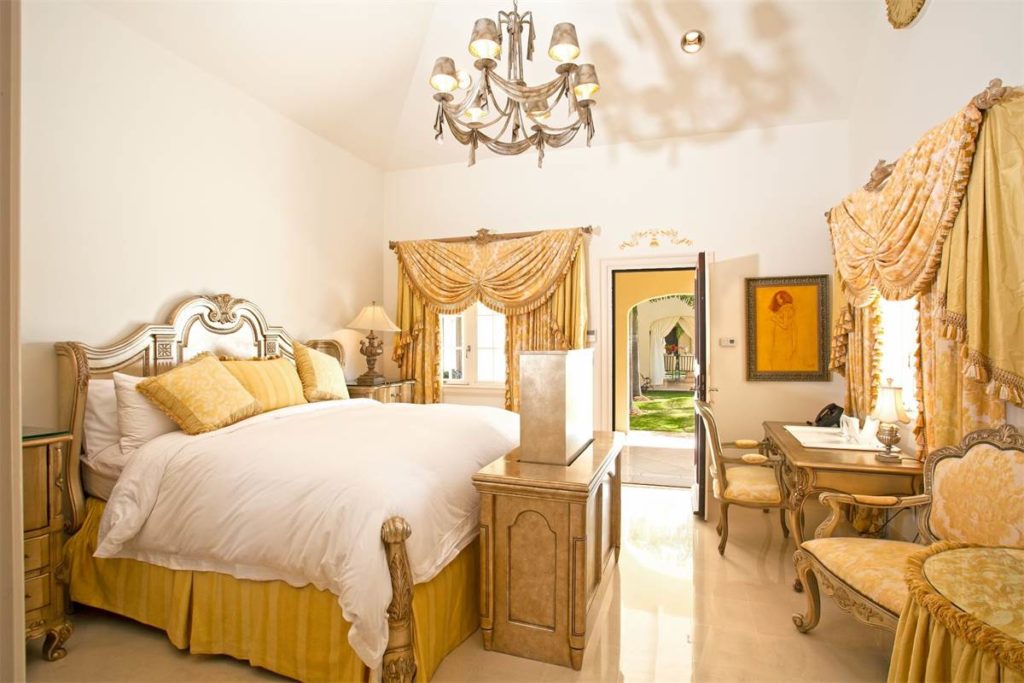 The Caribbean estate is the epitome of Trump luxury. 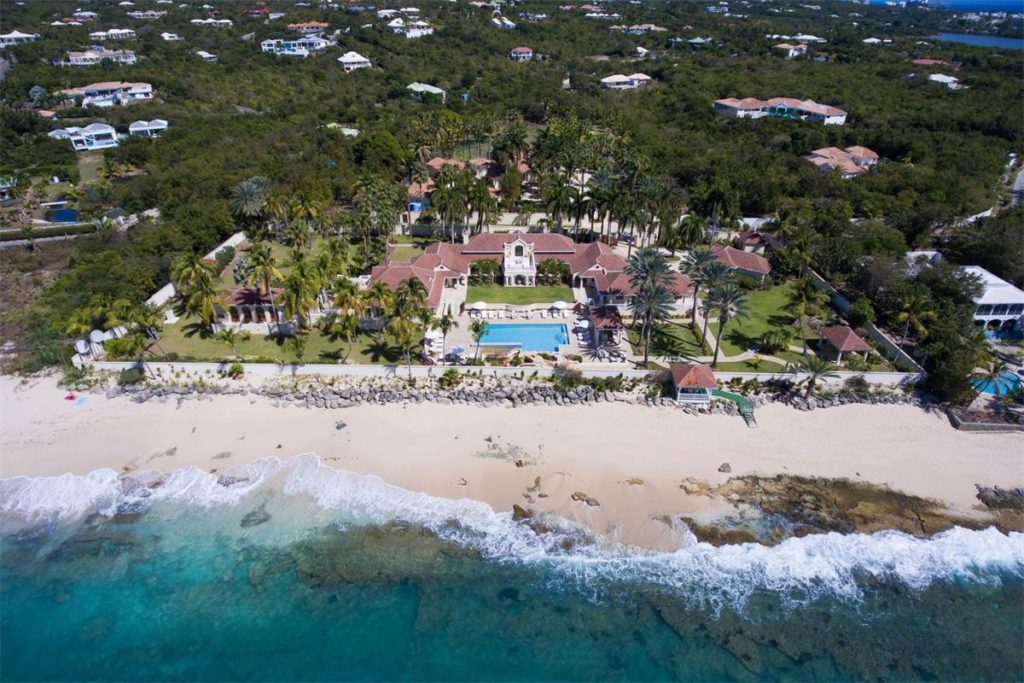