by DailySpikes Staff
3 years ago3 years ago
104 shares 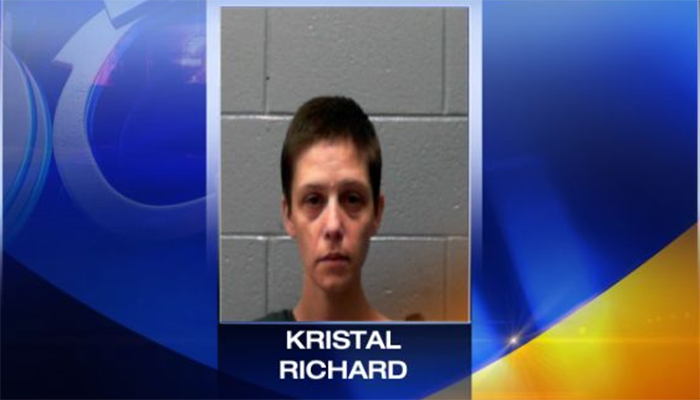 A woman has been arrested on two counts of child neglect creating the risk of injury, after two children were found to be living in “dog-kennel” like conditions.

According to TriStateupdate.com, Kristal Richard, 33, of Shrewsbury, West Virginia is the suspect in the case, who has been arrested. 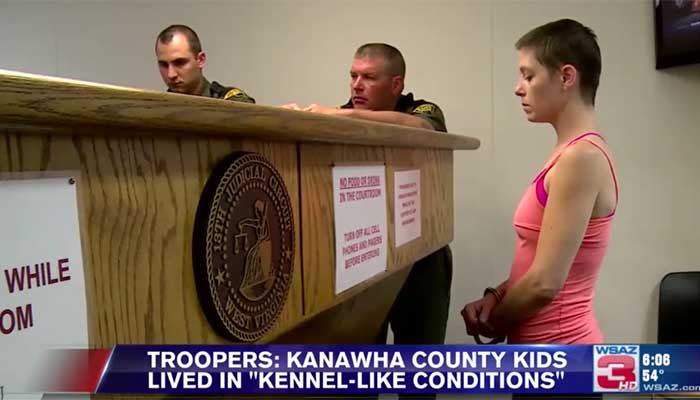 After an anonymous tip was received, law enforcement officers arrived on the 3000 block of East River View Drive in Shrewsbury.

Upon entering the residence in Kanawha County, law enforcement officers found a 4-foot by 6-foot plywood enclosure with a 2-year-old juvenile inside of it. The 2-year-old child was also found to be nude. The “dog-kennel” like enclosure smelled of urine, and piles of fecal matter were found inside of it.

It appeared the child had been living in conditions similar to that of a kennel for an animal, according to an officer.

Upon further investigation of the situation, officers also found a second child, age five, enclosed in another box that was slightly taller than the first one. The second juvenile was also found to be in the nude.

Once that child was freed from the enclosure, officers walked into it and discovered more urine with fecal matter on the walls.

According to officers, the 5-year-old exclaimed “yippie” when he was let out of the box.

According to officers at the scene, they believe that the living conditions could have a lasting effect on the emotional and physical health of the two children.

Once officers grabbed clothes for the children, Child Protective Services removed them from the home.

Richard is being held in jail on a $10,000 cash-only bond. She is the mother of the two children.

But, this isn’t the first time

Unfortunately, there are other records of cases like this in the past. Back in 2011, there was an arrest for a similar situation in Nebraska.

Four children were removed from a Nebraska trailer home, where police said a 3-year-old boy and his 5-year-old brother were being kept in a wire dog kennel.

Upon entering the home, officers found the two boys in a 30-by-42-inch wire dog kennel.

“They had a small child’s mattress in there, and that’s where both kids were sleeping,” Lt. Rich Hoaglund said. “The gate on that door was wired shut.”